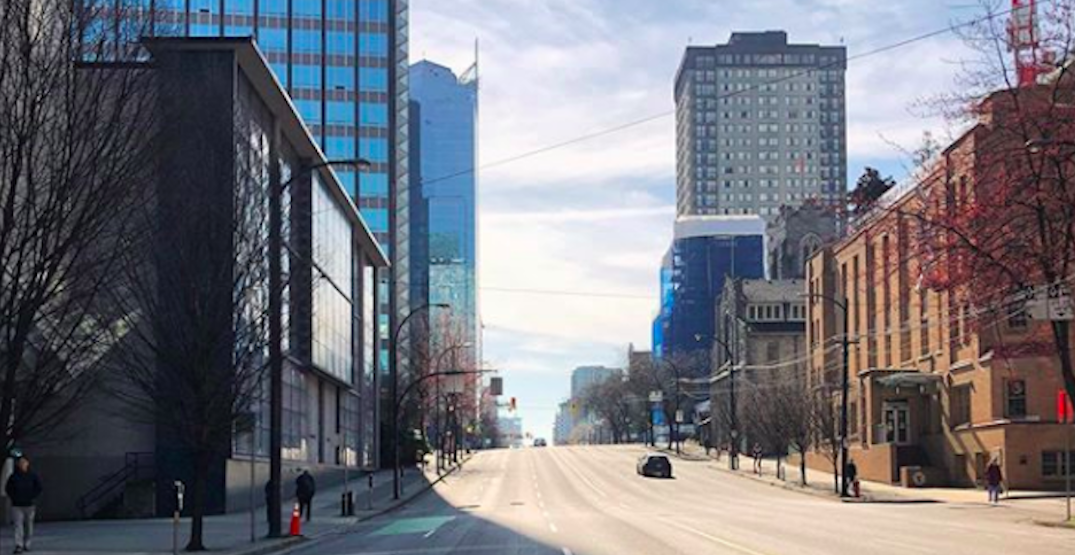 As the COVID-19 pandemic continues to escalate in Vancouver and across Canada, health officials are urging the public to take all necessary precautions to minimize their risk of being infected.

Among these steps is the advice to practice social distancing: staying at least six feet apart from one another, or simply avoiding going out in public at all.

And while there have been reports of people not taking this advice seriously, it appears that many residents are doing so, and now there are pictures to prove it

Take a look at some of these normally crowded locations in Vancouver.

TransLink said on Thursday that it has seen a dramatic drop in ridership over the last week as residents continue to self-isolate.

According to TransLink, ridership on Tuesday, March 17 saw 684,000 boardings recorded, 52% below what it was a year ago.

On Thursday, Provincial Health Officer Bonnie Henry also announced that another person has died in British Columbia due to COVID-19, bringing the total number of deaths in BC to eight.

The death was at the Lynn Valley Care Centre in North Vancouver, “where the outbreak is continuing,” said Provincial Health Officer Dr. Bonnie Henry.

In addition to the death, Henry said 40 new cases have now been identified, bringing the total number of coronavirus cases in BC to 271.